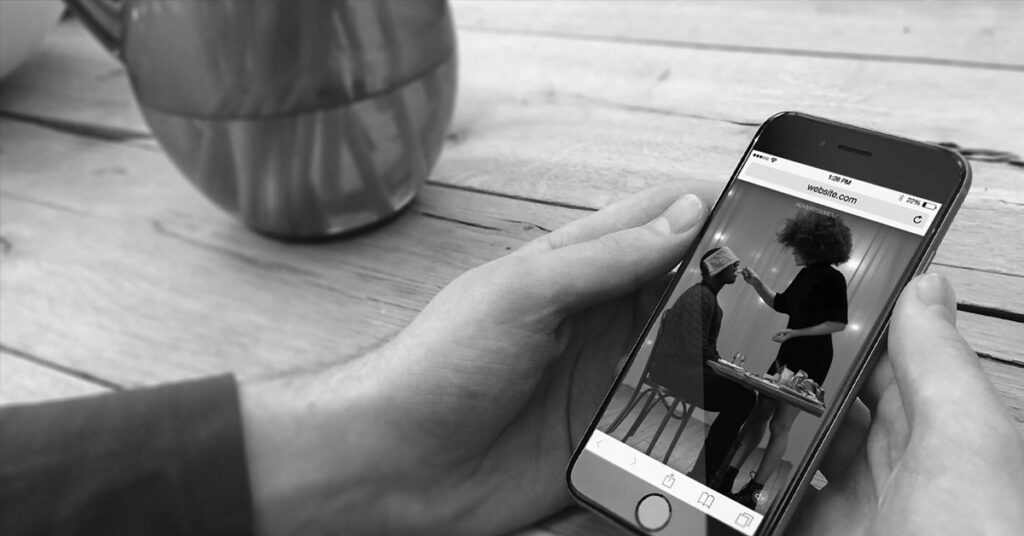 Vertical Video is Here to Stay

Quick: what did the last video you watched on social media look like? Was it recorded on a smartphone? If it was, it’s a safe bet that it was shot vertically. It’s easier, it’s iconic, and — best of all — it’s become an industry standard for app makers worldwide. Vertical video’s time has come, and it’s here to stay.

A Tale Right Out of History

Back in the day, the question you were always asked when you went through the supermarket checkout was “paper or plastic?” Nowadays you don’t hear that anymore, as nobody uses paper bags and single-use plastic bags are fast being banned across the country. Instead, the question has become whether you’re going to film video with your phone held vertically in portrait mode, or horizontally in landscape mode.

For a long time it seemed like horizontal video, was going to reign supreme. It’s how most people take still pictures, how you see shows on TV, and how you see movies in the theater, so it just seemed like the smart choice. “Flip your phone!” people would cry whenever they saw a vertical video. Yet the days of getting yelled at for shooting vertical video have come to an end. Now you’ve got major app designers like TikTok, IGTV, Instagram Stories, and Snapchat all prioritizing vertical video like there’s no tomorrow.

Vertical Video: The Low Down on Up and Down

So app developers are adopting vertical video left and right, and it’s just a matter of time before landscape horizontal videos are as rare as a two-dollar bill. Let’s go over some of the best tips and tricks for shooting vertical video like a champ so you’re not left behind in this brave new world of verticality.

Almost anything can be made into a suitable subject for a vertical video, but beware: “almost” isn’t “all”. Focus on subjects that either fill the frame, like when you’re shooting an interview, or where you’re looking to highlight the vertical nature of a shot. Skylines, tunnels, anything that’s taller than it is wide is a perfect subject for a vertical video. Anything else and you’re going to have to flip your phone sideways.

Film With Mobile Audiences In Mind

Vertical video has the biggest impact on mobile devices like phones. You don’t have to flip your phone to enjoy a vertical video, which means that you’ll find it easily watchable. This is a great plus. Yet if you’re on your phone, you’re likely on the go — so don’t make your vertical videos too long or drawn out. If it’s longer than ten seconds or so, it might be too long for vertical.

Pay Attention to The Rule of Thirds

Freeing yourself of the confines of the horizontal landscape format might lead you to believe that you don’t need to pay attention to the rule of thirds anymore, but you couldn’t be more wrong. The same tips that help you keep the subjects of your shots in that little grid apply no matter which way your phone is turned, so if you want your viewers to keep the focus on your video, make sure your composition follows this rule for best results.

The Final Word on Vertical Video

Advertisers that started using vertical videos to promote their products say they got a lot better results than the ones that didn’t, especially when it comes to views and engagement. It’s probably because of the natural, organic feel of it.

There will always be a place for horizontal video in the world. The next Oscar-winner is still going to be shot in the same way, and nobody’s going to start selling vertical television screens anytime soon. Yet in spite of that, the ease of use and the attractiveness of vertical video for mobile isn’t going to change. Hop on and ride that vertical video wave today!

Previous Post
3 Ways AI is Changing Marketing in 2019
Next Post
Emoji in Email Subject Lines: Yes or No?